#BLACKLIVESMATTER only if you are male, heterosexual and able-bodied

When I saw this on MSNBC, I cried for my sisters.

When I read twitter feeds and articles and when I saw images on television and online about Black people aka Black men being killed it made my heart break. It hurt not only for the lives lost but also for the Black women and girls we have ignored. The most horrific thing to watch is watching your existence being completely ignored and erased. That is what I see happening to Black women and girls today.

I can’t count how many times people have told me that they didn’t know about the Black women and girls killed by the police but every single one of them knows about Eric, Mike, Trayvon, Tamir and Oscar. Oscar Grant had a movie made about him. Will there be a movie for Rekia or will you say hands up Renisha? 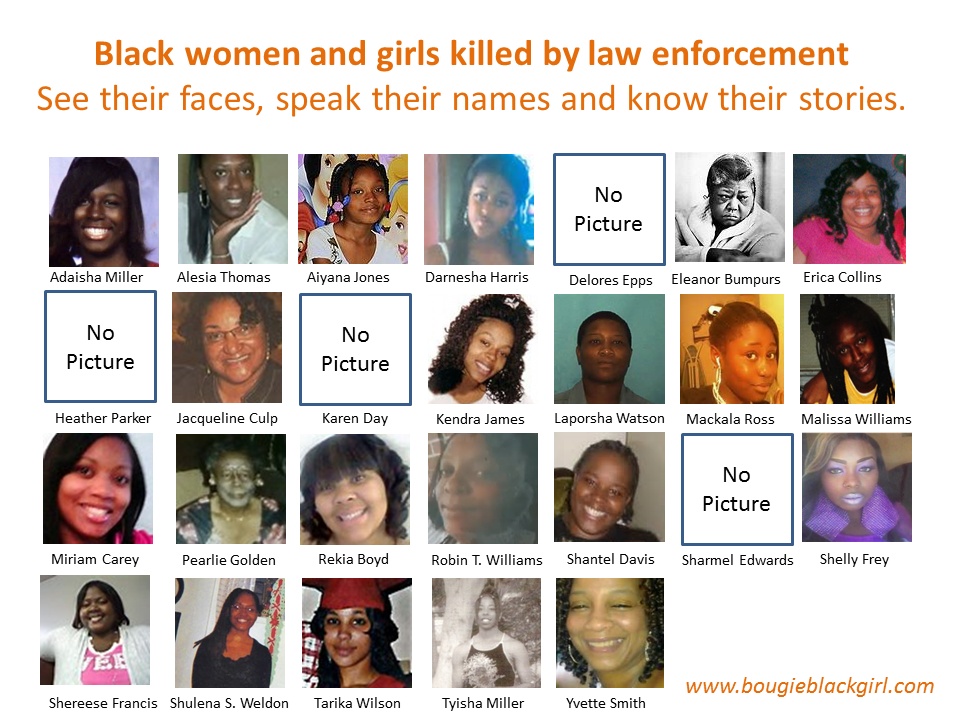 Seeing the discrepancy I have to ask, why aren’t my sisters, my daughters and my mothers lives just as valuable as my brothers, my sons and my fathers lives? Why aren’t dead Black women and girls worth your collective outrage? How many of us have to die before you care?

I believe the Black community’s and everyone else’s continued silence about the injustices committed against Black women and girls are purposeful acts of complicity and erasure. You ignore us on purpose. And when you do pay attention, the Black media only cares if we are THOTS, getting relaxers, wearing a weave, going natural, perpetually single or one of many baby mammas. The activists only care if we are the “help”  who is marching and organizing for someone else. The Black community only cares when it needs someone to blame.